Join us as we explore Japanese American life in Detroit, from the founding of the Ford Motor Company to tomorrow.

JAPANESE AMERICANS have been a part of Detroit’s vibrant history for over one hundred years, but the first major migration of Japanese Americans to the Midwest came during World War II. You may be familiar with this chapter of United States history, where Japanese Americans were forced from the Pacific states and incarcerated in camps scattered across the interior West.

Shortly after arriving in the camps, however, the United States government set into motion its plans for resettling Japanese Americans elsewhere: Even before the end of the war, Japanese Americans were hired out of the camps to labor in the sugar beet fields of Idaho and Montana; to work industrial and secretarial jobs in Chicago and Detroit; to obtain university degrees from Michigan State.

What will you learn with us today?

“We don’t have any Japanese American community here.”

So what makes a community? What makes a place feel like home–or more specifically, like a particular kind of home? This is a potent question to ask of Japanese Americans in metro Detroit, whose largest migration into the Midwest came as a direct result of World War II.

Join us for Exiled to Motown, which is a story of a Japanese American community that has made indelible marks on the society and industry of Detroit, but is rarely discussed and sometimes, not quite felt. As you walk through our self-guided exhibit of exclusive oral histories, paired with vibrant archival photos, documents, and other glimpses into the past, you’ll have a chance to see the vibrant and storied history of Detroit from a whole new angle.

Exiled to Motown is organized around three primary topics, each of which tells a crucial part of Detroit’s history from a Japanese American perspective:

documents the waves of Japanese American migration into the metro Detroit Area, from seeking work at the Ford Motor Company to seeking refuge during and after World War II, to new generations splitting time between Japan and the United States. It explores the many reasons for coming to Detroit–and perhaps even more numerous, the paths one might have taken to get here.

covers the last century of Japanese Americans working in Detroit in a wide range of industries: Farming, dry goods, secretarial work, the automotive industry–and as translators, artists, and architects. Learn about the big personalities that always kept life interesting, work or play! 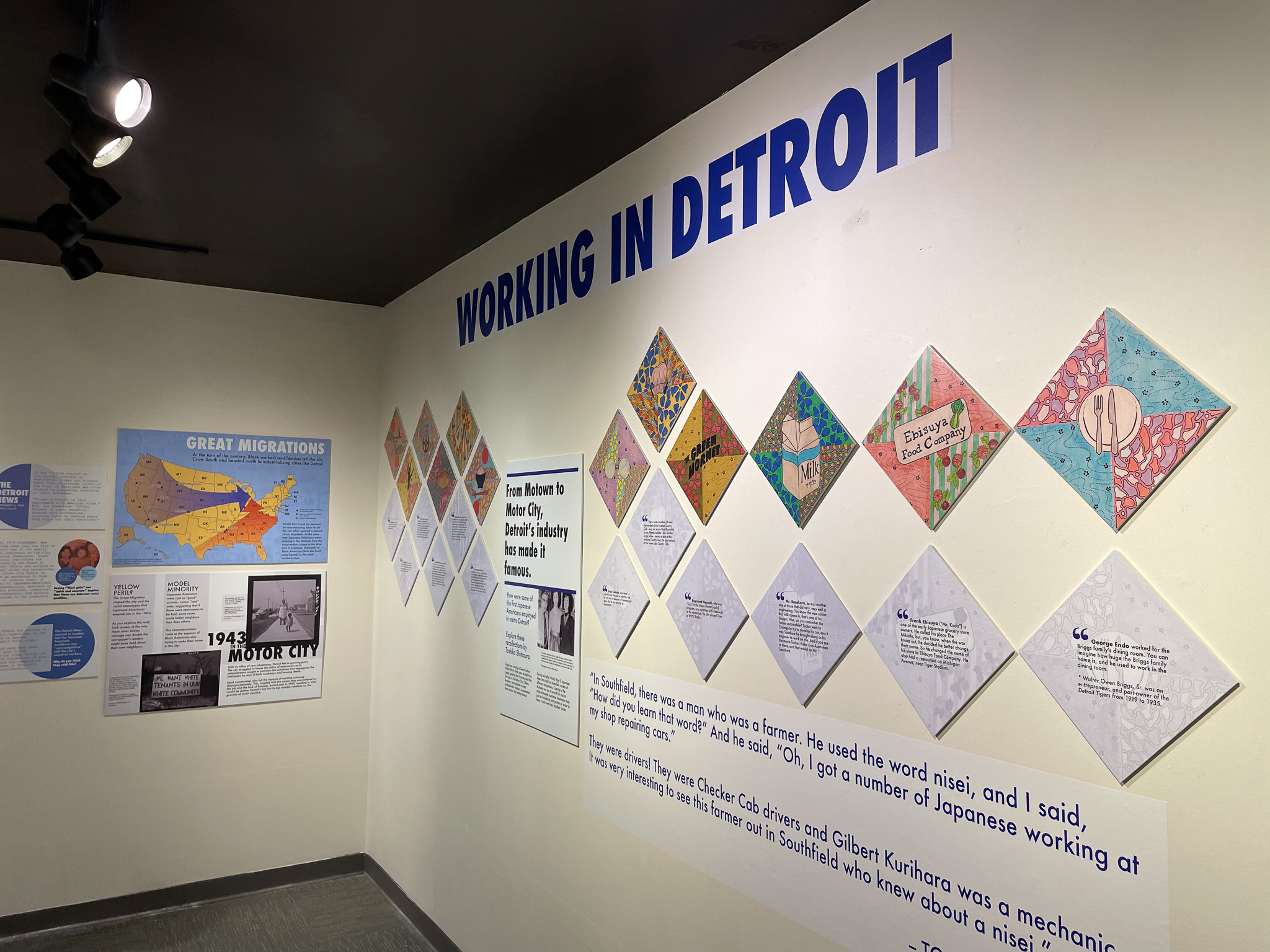 is organized as a long timeline that puts the history of the Japanese American community in Detroit in conversation with the broader histories of Detroit, as well as that of Japanese Americans across the United States. It also highlights the cultural life of Japanese Americans in Michigan from 1946 to the present. From sock hops to social action, local faires to national gatherings, Making Detroit Home gives insight into the many ways Japanese Americans have celebrated their culture–deeply Japanese, and deeply American. (Have you ever wondered at what point did the JACL start serving Japanese food at their events, instead of aggressively Western dishes like roast pheasant and Jell-O cups?!) It also examines the lived realities that are not always so celebratory–the effects of racial segregation and racial prejudice that affect everyone living in a community, past and present.

The exhibit also includes over fifty objects that were lent by Japanese American community members to help bring our stories to life.

Thank you in advance for coming to experience our stories. Please share yours with us, too!

Exiled to Motown is showing at the Detroit Historical Museum!

From JULY 17 to OCTOBER 3, 2021, join us in the Community Gallery for a multimedia walk through history! The Detroit Historical Museum exhibition is accompanied by over 50 community objects that have been generously lent to Exiled to Motown for exhibition.

The displays are written in English, printed in large format, and are wheelchair accessible. For other accessibility concerns, please contact the venue directly.

Are you interested in proposing an additional venue for the Exiled to Motown exhibit? Feel free to contact us! We’re happy to work with you to put together a temporary exhibit at your local library, cultural center, etc. We are also interested in putting on pop-up showings for classrooms and festivals. Let’s talk! 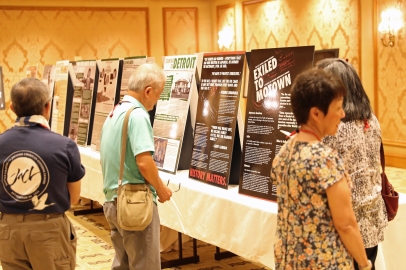 Who is JACL Detroit?

Detroit is Native land. As Japanese Americans, we are guests of the many indigenous nations that have called, and continue to call, southeast Michigan home. We give thanks to them as our homes and histories play out on their lands.